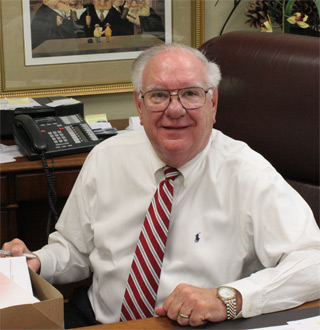 Ed Miller co-founded the firm in 1966. In addition to sitting on the boards of several different institutions and charitable organizations, he has served as City Councilman and Mayor Pro Tem for the City of Texarkana; as County Judge for Bowie County, Texas; as an Associate Judge for the Attorney General of the State of Texas in Bowie, Cass, Marion, Morris, Red River and Titus Counties, and as a member of the Democratic National Committee. He currently serves as the firm’s lead taxation and probate/estate counsel.

Admitted to Practice in: